Attorney David Gruber founded Gruber Law Offices more than 35 years ago and has been practicing law for 39 years. For over 30 years, David has been on television as both the voice and the face of Gruber Law Offices. David’s “ONE CALL…THAT’S ALL” has been a call to action, a way of life, a signal to the people of Wisconsin, and a guiding and educational force for decades. It resonates with people of all ages.

Attorney David Gruber founded Gruber Law Offices more than 35 years ago and has been practicing law for 39 years. For over 30 years, David has been on television as both the voice and the face of Gruber Law Offices. David’s “ONE CALL…THAT’S ALL” has been a call to action, a way of life, a signal to the people of Wisconsin, and a guiding and educational force for decades. It resonates with people of all ages. 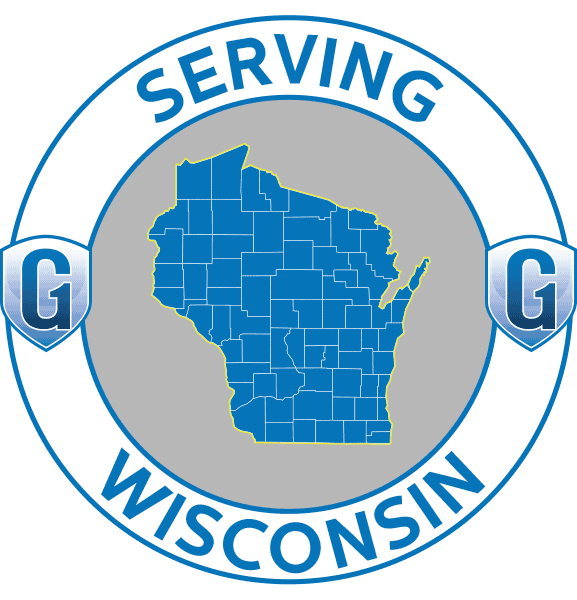 David was born in Passaic, New Jersey, just a few miles from New York City, the son of a police captain and a bookkeeper. His mother, Bernice, encouraged him from an early age to become a lawyer. David attended high school in Passaic, New Jersey, where he won accolades for his skills on the baseball diamond and on the basketball court, and where he excelled academically as well. 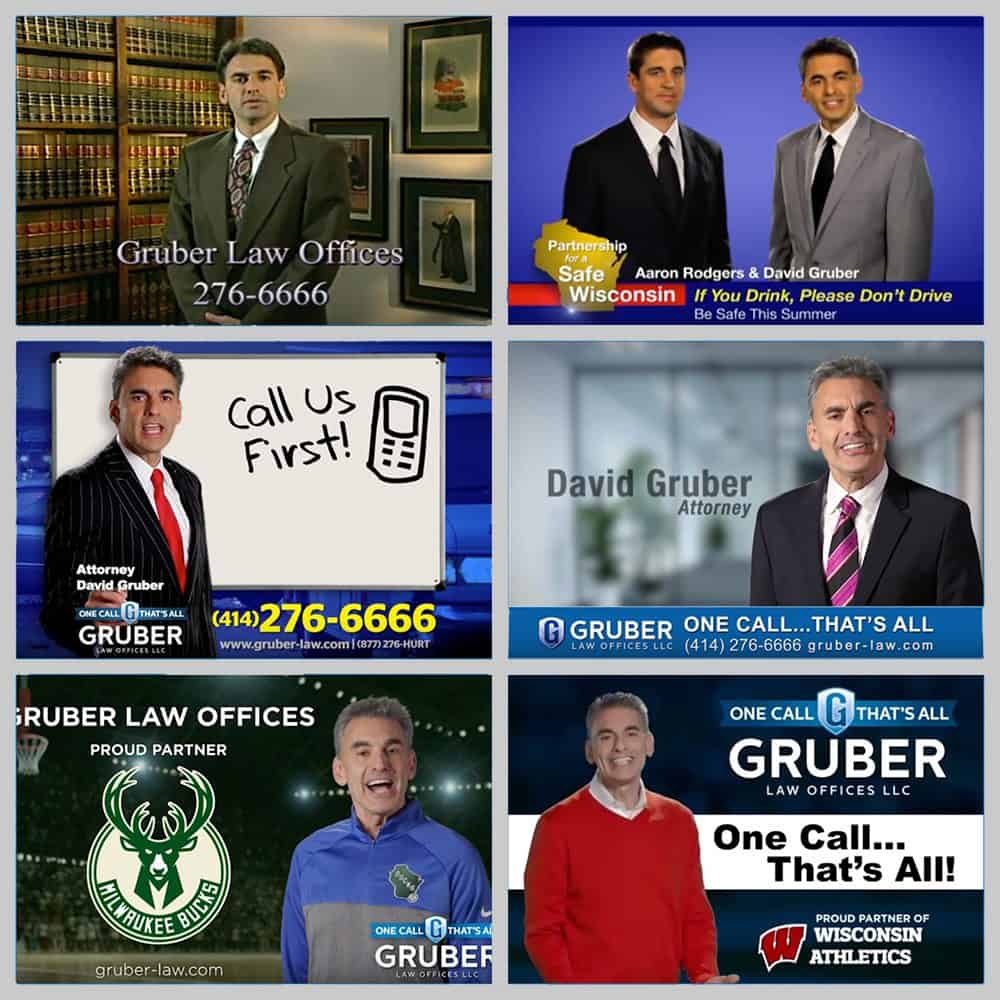 David’s legal success, experience, and expertise has resulted in a very successful, respected, trusted and popular law firm. Gruber Law Offices is a family-owned, family-oriented, award-winning law firm with a national reputation for excellence. David has received numerous prestigious awards and designations. Among them, he has been honored as a National Trial Lawyers: Top 100 Trial Lawyers, an invitation-only organization composed of the premier trial lawyers from each state. The requirements are that the members must possess the “knowledge, skill, experience and success held by only the finest and best lawyers in America.” Membership is extended solely to the “most qualified attorneys from each state who demonstrate superior qualifications of leadership, reputation, influence, stature and public profile.”

David has also been named as the Best Personal Injury Attorney in Milwaukee, among other community and legal awards. He also belongs to several private groups comprised of the top personal injury lawyers in America.

As Founder and Chief Executive Officer of Gruber Law Offices, David prides himself on leading a compassionate, yet very aggressive, team of over 130 professional team and attorneys that share his unbridled passion for helping the “underdog.” Gruber Law Offices is fully committed to getting injured victims the compensation they deserve.

David has spent decades establishing a team of top-notch lawyers and professionals. The lawyers at Gruber Law Offices have won numerous prestigious awards, affiliations and memberships over the years. Our team of lawyers has members included in the Million Dollar Advocates Forum where membership is limited only to lawyers who have won multi-million dollar settlements on behalf of their clients. In the United States, less than one percent of attorneys are members of this exclusive group. In addition, many of our lawyers are members of the Top 100 Trial Lawyers in America, The Academy of Truck Accident Attorneys, Wisconsin Super Lawyers®, Top 100 Best Trial Lawyers in America, National Trial Lawyers Top 25 Motor Vehicle Trial Lawyers, and Top 25 Brain Injury Lawyers, among many more exclusive organizations. 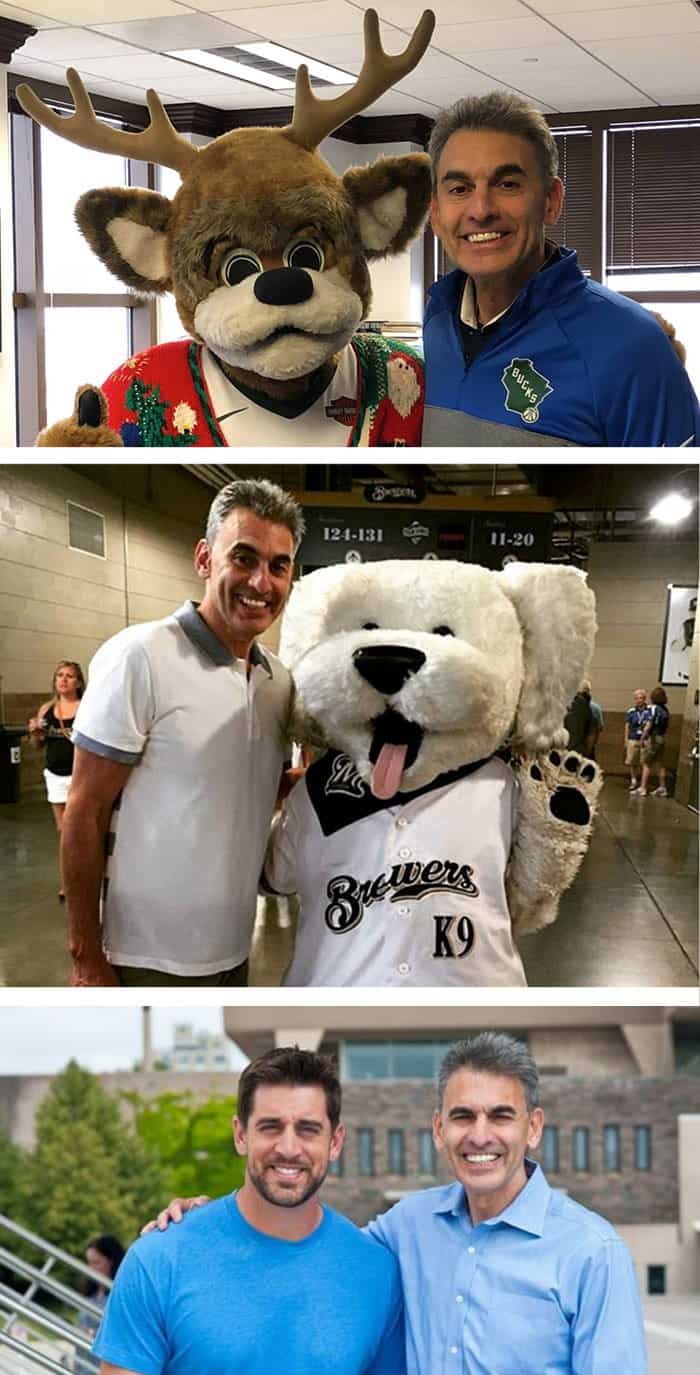 Gruber Law Offices is passionate about its role in the community. David encourages all team members to “be inspired, be involved.”  David has tried to use his notoriety, his platform and his “celebrity” in a very positive fashion. David has attempted to bring attention to individuals and causes that on a daily basis help make Milwaukee and Wisconsin a better place. He is deeply entrenched and truly invested in the present and future well-being of Milwaukee and the entire state of Wisconsin. He has a staunch belief in giving back to the community.

Most recently, David was featured as a “mogul” on the past two seasons of “Project Pitch It,” a TV show designed to showcase and encourage local, aspiring entrepreneurs. The show is very popular statewide. He will again be involved in as mogul in the upcoming season of Project Pitch It as well. In the past, David served as Honorary Co-Chair of the Milwaukee Urban League’s Black & White Ball as well as the Chair of the Wisconsin LGBT Chamber. David is looking forward to future opportunities to continue supporting vital organizations within his community.

David can be seen quite frequently at local charitable and sporting events. He is a passionate fan, partner, and supporter of the Milwaukee Brewers, Milwaukee Bucks, Marquette Golden Eagles, Wisconsin Badgers, UW-Milwaukee Panthers, and the Milwaukee Admirals, not to mention dozens of youth basketball, baseball and AAU programs.

For several years, David and Gruber Law Offices have sponsored an ongoing initiative with the MACC Fund making a monetary donation for every 3 point basket made by the Milwaukee Bucks during their regular season home games. In addition, David and the firm sponsor an ongoing initiative with UW Carbone Cancer Center making a monetary donation for every free throw made by the University of Wisconsin Men’s Basketball team during their regular season home games. Gruber Law Offices also supports the Outs for Hope Campaign for cancer research in partnership with the Milwaukee Brewers.

David, along with his son, Attorney Steven Gruber, also has been involved in sports law and contract negotiations, most notably the negotiation of Bruce Pearl’s contracts with the University of Tennessee and his most recent contracts with Auburn University worth in excess of $35 million. 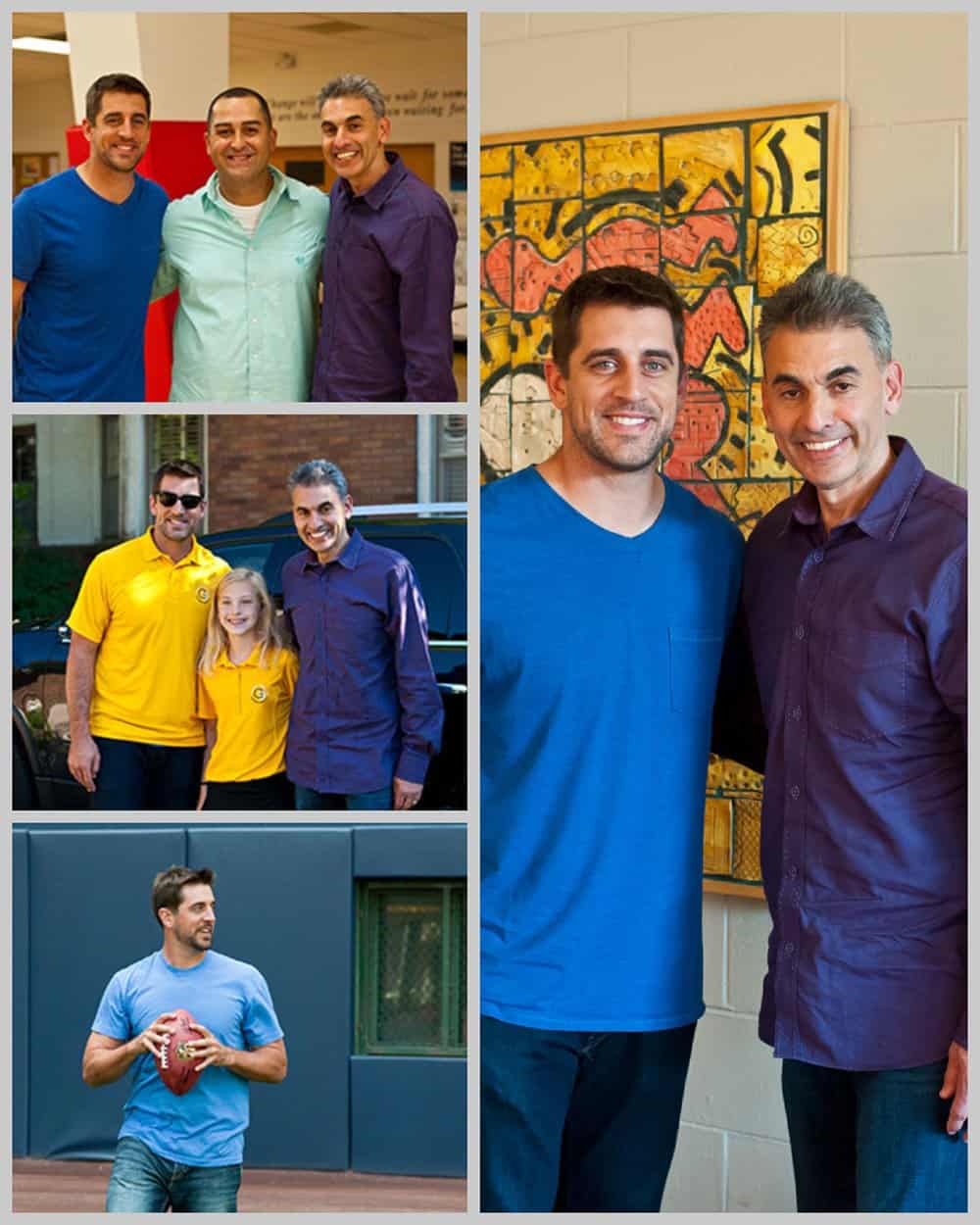 In the recent past, David was deeply involved in a partnership with Aaron Rodgers, with the intent to educate the public about important issues. As a part of their partnership, David and Aaron launched the itsAaron.com project to raise awareness for individuals and organizations that are positively influencing our world. The itsAaron.com project exemplified David and Aaron’s shared passion to help make the community a better place. Specifically, the itsAaron endeavor involved surprise visits to deserving individuals and organizations. These visits are shown not only as short snippets on television but extended video episodes that can be viewed on itsAaron.com and prove that together, we truly can make the world a better place.

The viral videos associated with David Gruber and Aaron Rodgers itsAaron project have had millions of online views. David’s philanthropic work in conjunction with Aaron Rodgers and the itsAaron project have been highlighted by national media outlets, such as the USA Today, Sports Illustrated, and the Huffington Post. The notoriety and attention the project created has been extremely important to David because it has influenced others to “be inspired, be involved.” The project stresses that community involvement is not limited to only financial contributions, but also to the dedication of time, mentorship, and additional resources ultimately creating a positive spirit and togetherness in our community. To watch the itsAaron series click the button below. 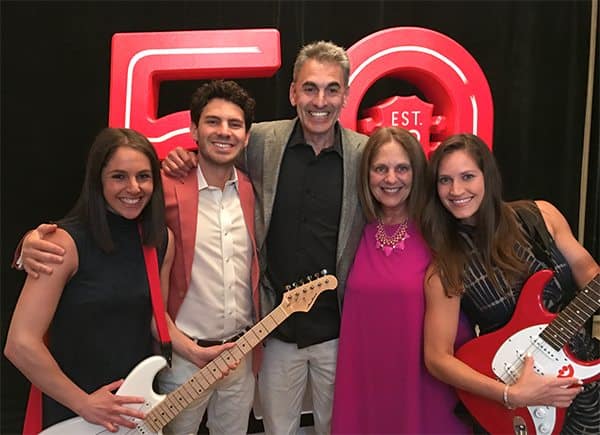 Nancy and David have two adult children, Steven and Lauren. David Gruber’s son, Steven, is currently a personal injury litigation attorney with Gruber Law Offices. Steven graduated from Whitefish Bay High School and then attended Brown University in Providence, Rhode Island where he was a successful and important member of the men’s basketball team. He then attended Marquette University Law School, where he graduated Magna Cum Laude. Lauren, likewise a Division 1 collegiate athlete, attended Whitefish Bay High School where she played for a State Championship tennis team and also won the Division 1 individual state championship. Lauren then graduated with honors from the University of Wisconsin-Madison, where she was captain of the varsity tennis team in 2011-2012. She obtained her Master’s of Physician Assistant degree at Marquette University and is currently working in the field of Pediatric Oncology. Lauren is also a key contributor to the success of Gruber Law Offices.

The entire Gruber family, Nancy, David, Steven and his wife Jaclyn, as well as Lauren and her husband Stephen are firmly entrenched in Milwaukee and are thrilled to be in a position to give back to the community they love.